In just a few short weeks, Eugene will host the fi rst ever World Athletics Championships on US soil. Welcoming over 2,000 athletes from 200 countries, over 3,000 press and thousands more spectators – Eugene’s economy is about to get a major boost. State officials expect to see millions from this 10-day event and foresee a sustainable boost in Oregon’s economy for years to come.

The bid proposal to host the then IAAF World Athletics Championships was awarded in Beijing in 2015. In a rare but precedented act, the IAAF Council awarded the bid, led by now USATF President, Lin Vananna, to host the championships without a formal bid process. The proposal combined commitments for funding by Governor Brown, support by the United States Olympic Committee, and a commitment by NBC to produce and live broadcast the championships. In a strategic effort to leverage the US’s strong economy and interest in athletics to advance the sport of track and fi eld, the IAAF approved Eugene’s bid.

And while Eugene may not be the traditional venue for such a stage, it is clear that given our city’s throne for track and field royalty we have much to offer, if even in our own, unique, Eugene way.

Amid the state’s national and international advocacy to support the championships, the game’s local organizing committee, and stakeholders like City staff, University of Oregon staff, and area businesses have been hard at work preparing for these games. As organizers assembled the many moving pieces of hosting a world-renowned event, conversations turned towards making sure the events highlight local businesses and vendors, musicians, and qualities that make Eugene unique.

To help showcase these qualities and enhance access to the celebrations, the City of Eugene set up to host a free riverfront festival at the newly developed Riverfront Park. In Eugene fashion, this festival will be home to local eateries and drink, music, and activities for all.

International support combined with state efforts made it possible to transform the “Cathedral of Track and Field”, Eugene, into a destination for sporting history.

As part of the Governor’s commitment to these games, the state of Oregon partnered with two state agencies and tapped various revenue streams to provide the funding necessary for Oregon’s tenure in track and field legacy. At a $40 mil- lion price tag, support for the games came from lodging taxes ($20m), lottery funds ($10m), strategic reserve funds ($1m), and a $9m Economic Development Association grant from the federal government.

Of the Governor’s hopes for this effort, Matt Garrett, Director of Oregon22, World Athletics Championship in the Governor’s Office, says the Governor looks forward to “seizing this moment, and maximizing the economic benefit available to the state given the stature of this event. “There is a multiplier effect of this event”, says Garret, “throughout the state and through the years”.

With the large-scale production just around the corner, local and state officials have focused their sights not only on making this an event worth celebrating, but ensuring it is safe and secure. State officials share that 3 major areas of focus are top of mind: public safety, transportation, and communications supporting travel and tourism throughout the state.

While a great deal of international support was provided to leverage the growth of the sport on US soil, local and state officials much appreciated the game’s approval to support local tourism and travel. State efforts have remained focused on ensuring awareness of local and state opportunities for food, entertainment, and natural resources, while working with partners like Todd David- son of Travel Oregon and Andy Vorbora of Travel Lane County to prepare state and local jurisdictions to welcome the world to Oregon.

Thanks to the shared effort of partnerships the world over, the World Athletics Championships will be a historical moment not only for the sport of track and field, but for Oregon’s economy in general.

In the face of looming economic uncertainty, these events will bring millions of dollars from thousands of visitors. This economic boon won’t be siloed to Eugene, either. From the warm summer breeze of the Willamette Valley, to the cliffs of the Oregon Coast, to the mountains of Central Oregon, and sweeping windy vistas of the Gorge, the advocacy conducted to bring these games to the state of Oregon has the potential to transform our state in many positive ways. 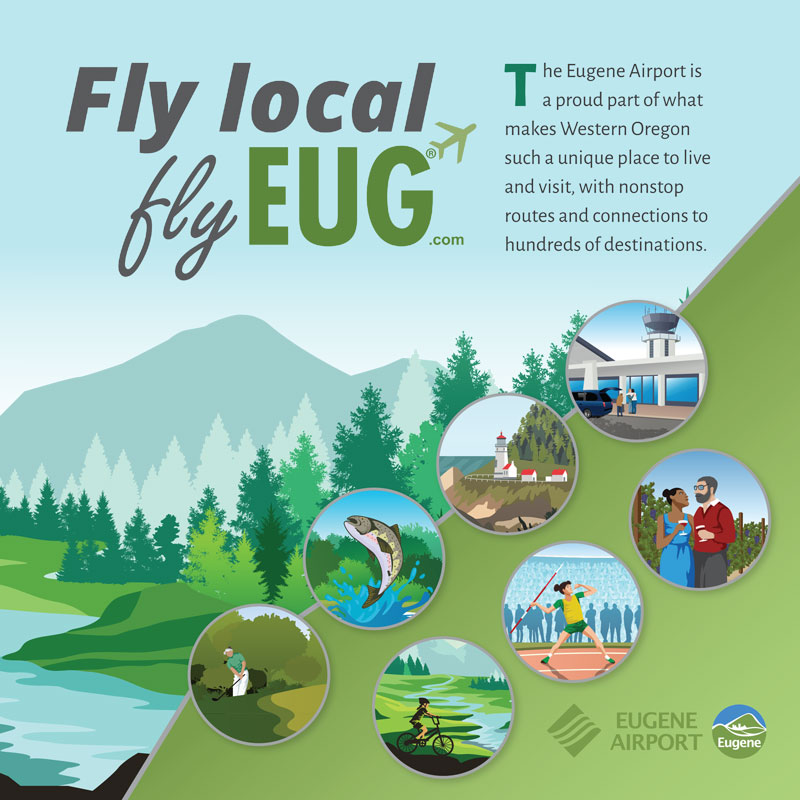